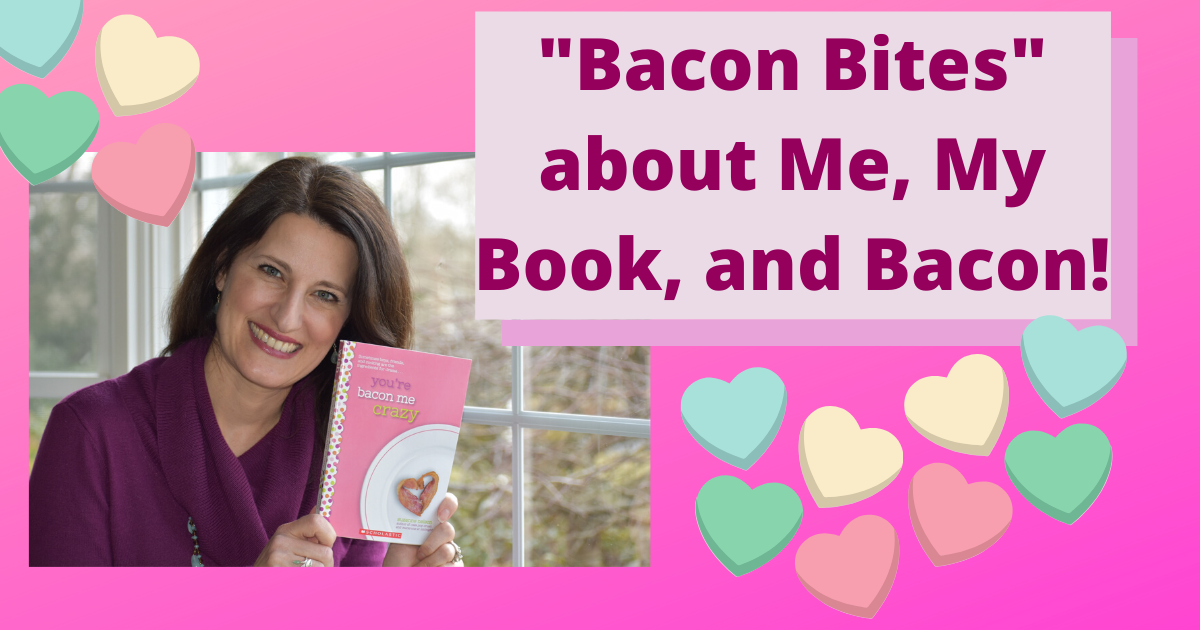 Four days to go until Hallmark Channel’s​ “You’re Bacon Me Crazy” movie premieres this Saturday, April 4th, 9PM/8C. The movie is based on my Scholastic​ book and stars Natalie Hall, Michael Rady, and Olivia Steele Falconer. Check out the adorable movie preview here:

To celebrate, here’s a list of “Bacon Bites” about me, the You’re Bacon Me Crazy book, and, of course, bacon:

1. Talented Scholastic art director Jennifer Rinaldi​ cooked up an enormous batch of bacon in order to create the heart-shaped bacon photo on the cover of You’re Bacon Me Crazy. It took a long time and a lot of photos (taken by her talented photographer husband) to get the bacon picture perfect! Thank you, Jennifer, for the adorable book cover! 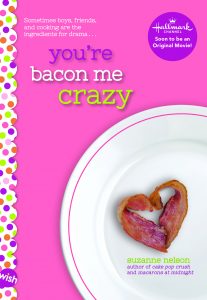 2. Bacon runs in my family! (No kidding!) My sister Christina Howe​ and her husband Steve own a pig farm in Iowa, raising antiobiotic-free, humanely-treated pigs for Niman Ranch​. Here’s a great video about their family farm:

3. My favorite way to eat bacon is on a juicy cheeseburger topped with onion rings and BBQ sauce. As a teenager, I worked Carl’s Jr.​, and their Western Bacon Cheeseburger was my absolute favorite.

5. The smell of freshly-cooked bacon is consistently ranked by scientific research as one of the best smells in the world! Why? It has to do with specific compounds in bacon that make it smell particularly enticing to meat-eaters (like many human beings). The nose knows!

6. In 2015, Matt “Megatoad” Stonie set the world record for bacon eating! He gobbled down 182 slices in 5 minutes! Betcha can’t beat that!

7. Ironically, my favorite animals are pigs (with elephants a close second). As a kid, my dream was to have a pig for a pet! In fact, I wrote a renegade pig character into my book, I Only Have Pies For You, because I love pigs so.

8. I had never tried baking bacon into dessert until I wrote the recipes for the You’re Bacon Me Crazy book. I was skeptical at first, but have since become a total convert. Bacon Bits Brownies, anyone? 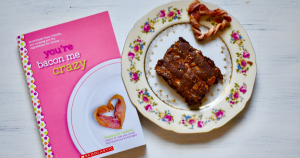 9. Bacon has been around for thousands of years! Different versions of bacon were eaten in Ancient China, Greece, and Rome. 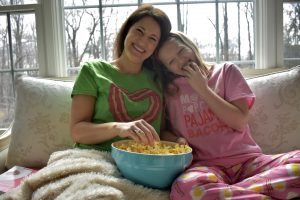 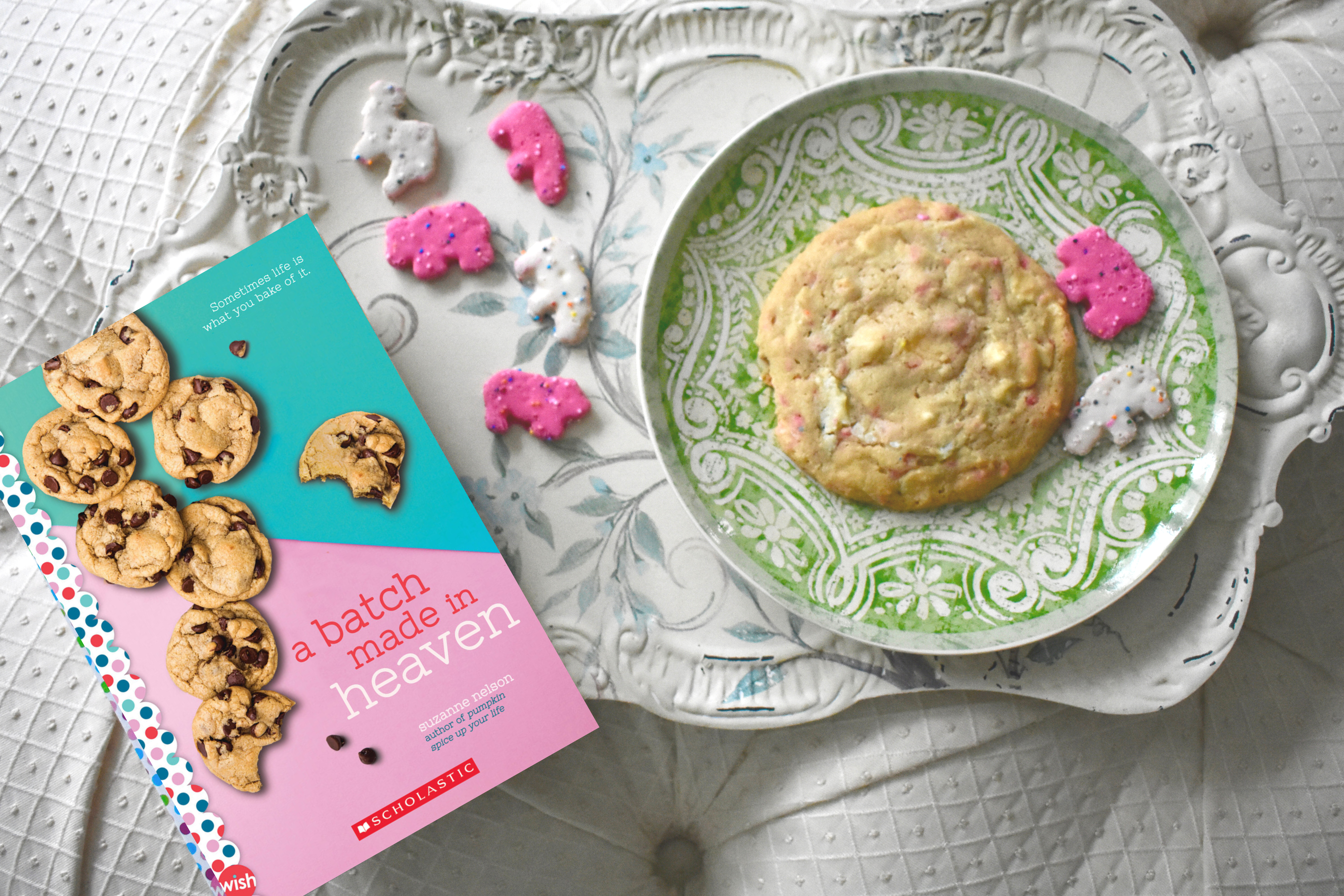