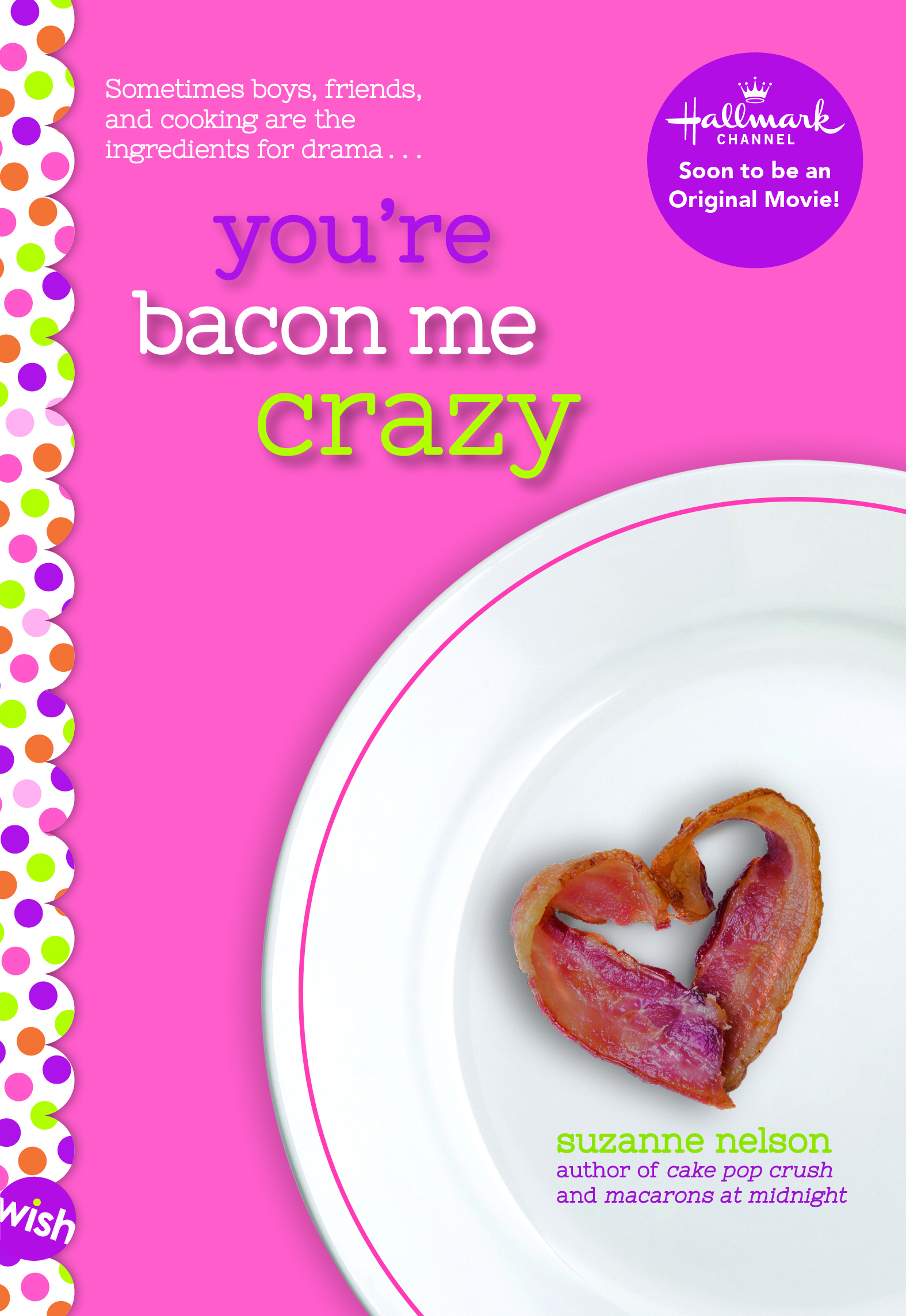 Available for purchase in bookstores and online.

Tessa loves working at the trendy food truck her aunt runs in their native San Francisco. Whipping up creative treats, serving yummy BLTs to her classmates after school… Tessa feels like she’s living the dream. Then the dream turns into a nightmare. Popular, arrogant Asher starts working at the truck! He can’t make a sandwich to save his life, and on top of it all, he’s frustratingly cute.

But when the city’s big food truck festival is cancelled, the future of the truck is suddenly at stake. Tessa and Asher will have to set aside their differences and work together to save the truck. With the help of her friends, some cooking tricks, and her secret weapon — bacon! — can Tessa turn things around? And will she finally admit to herself how she really feels…about Asher?

Asher stepped all the way inside the truck. Up close, his pillowy lips and cinnamon eyes made it hard not to stare, and he smelled faintly of coconut, like a perfect day at the beach. I didn’t want to be affected by being this close to him, but my senses overruled my common sense….

He glanced around, looking displeased. “Man, this is tighter than a cell at Alcatraz. How can you possibly move in here?”

“Oh, we manage,” I said coolly. He’d been inside the truck for all of fifteen seconds and he was already insulting it?…

“I want to set the record straight.” Asher leaned against the counter, arms folded. “I don’t really want to be here, but I don’t have a choice.”

“So why are you here?” I demanded, crossing my arms over my chest as well.

“I was tossing a ball around with some friends at my mom’s house and broke a vase.” He shrugged. “She wants me to pay for another one.”

“And you don’t think you should have to,” I said matter-of-factly.

His amber eyes flashed angrily. “She has a ton of vases. One doesn’t matter.”

“Maybe it does to her,” I snapped. Did he have any idea how spoiled he sounded right now?

Clearly he didn’t, because he gave a disgruntled sigh and added, “Just don’t expect me to be the smiley ‘Can I take your order?’ guy, okay?”

I couldn’t believe anyone could be so obnoxious, and I wanted more than anything to wipe that proud look right off his fine face….I knew that Asher would be a disaster.