Pumpkin Spice Up Your Life 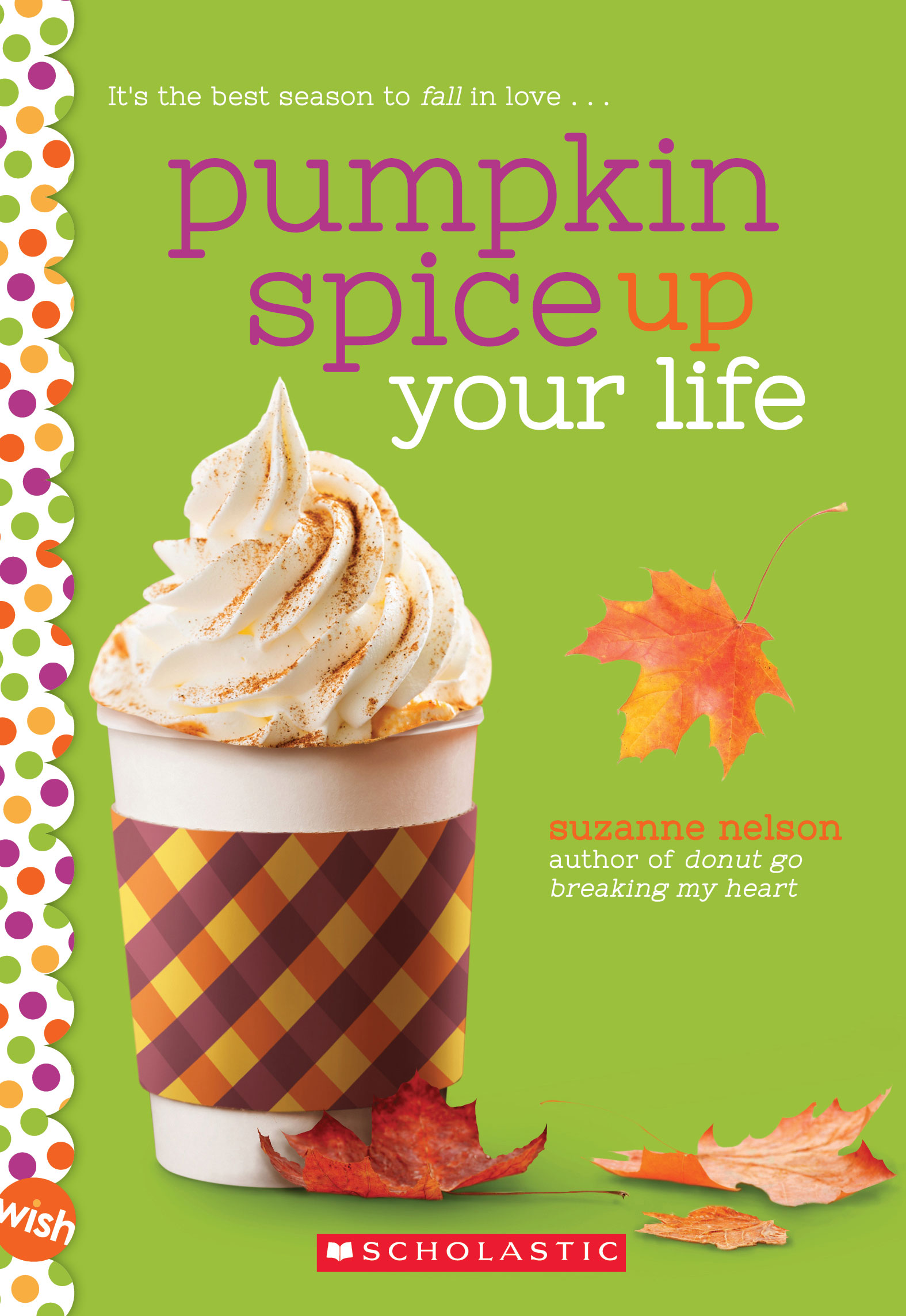 A Companion Book to Cake Pop Crush, You’re Bacon Me Crazy, Hot Cocoa Hearts, Macarons at Midnight, Donut Go Breaking My Heart, Sundae My Prince Will Come, I Only Have Pies for You, and Shake It Off.

Available in bookstores everywhere September 1, 2020
Available for online purchase from:

An unexpected turn of events introduces a “latte” trouble in this story of first crushes, friendship, and everyone’s favorite fall treat!

Nadine and Daniel have been best friends pretty much since birth. While she has her music rehearsals and he has his snowboarding, the two of them always make time to meet up at the Snug Mug, where Daniel works, for their catch-ups over pumpkin spice lattes.

But their daily routine is shaken up when a new girl, Kiya, starts at their school. Daniel falls head over heels for Kiya the second he sees her. Which would be fine . . . if Nadine hadn’t recently realized she might be falling for Daniel herself. Nadine knows she has to find the courage to tell Daniel how she feels, but what if she’s already lost her chance?

“I started a new composition today in orchestra.” I pulled my phone out of my back pocket. “I recorded what I have so far.” I took a deep breath. Daniel had never said no to hearing my new pieces, but asking him still made me nervous. Letting anyone listen to my compositions felt like baring my soul. “Want to listen?”

His hand, holding the portafilter full of pressed espresso grounds, paused. Then he smiled widely, and relief washed over me. This smile had won me over on the playground in kindergarten, when Daniel had invited me to make mud pies with him (he mashed the pies together while I organized them on a makeshift musical staff made of sticks). This smile had begun our friendship years ago and made me feel like we’d be friends forever.

“Do I want to listen?” He locked the portafilter in place and set two espresso shot glasses underneath just as the enticing, dark liquid streamed down. “Do I want to see the pyramids? Bike down Haleakala? Snorkel in the Great Barrier Reef?”

I laughed. Daniel was dying to do all of that, along with about a thousand other adventures on his bucket list. “Okay, okay. You want to hear it.”

…. He grabbed another cup from the shelf and turned back to the espresso machine. Then he froze, staring past me toward the Snug Mug’s front door, his jaw going slack.

He nodded vaguely, but his eyes were fixed, unmoving, on the door. The cup in his hands slipped, shattering on the floor with an echoing crash. I hurried to help Daniel clean up the broken pieces, but he still hadn’t moved. In fact, he seemed completely oblivious to the cup smashing and everything else. I nudged him gently.

“Daniel?” I whispered. “You’re freaking me out. Blink if you can hear me.” He blinked as his cheeks reddened. “Wha—” I started, but as I followed his gaze, I saw for myself.

In the doorway of the Snug Mug stood the most beautiful girl I’d ever seen. She had big brown eyes with long lashes, bow-shaped lips, and luminous brown skin set off by her purple hat and matching coat. She was gazing right at Daniel, who still hadn’t moved, as if he was under the girl’s spell.

Who was she, and what had she just done to my best friend?