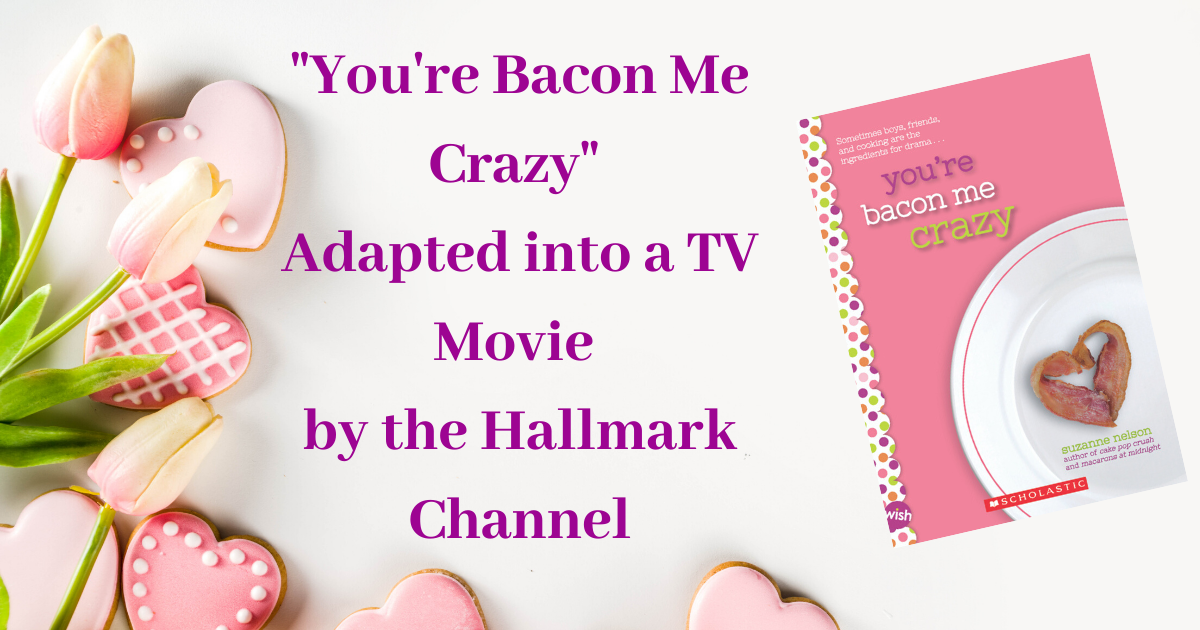 It’s official! The Hallmark Channel has adapted my Scholastic book, You’re Bacon Me Crazy, into a TV movie! 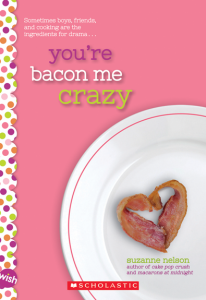 The movie focuses on adult character Cleo as she does battle with her food truck and her heart against rival food trucker Gabe. The movie will debut on the Hallmark Channel on Saturday, April 4th as part of Hallmark’s Spring Fever movie line-up.

I’m thrilled to be able to watch the movie and share it along with family, foodies, and friends.

About the Movie’s Storyline

IMDB offers a brief glimpse of the storyline, according to screenwriter Christopher Sey: “‘You’re Bacon Me Crazy’ is a deliciously charming love story about Cleo, a spunky young chef with a popular food truck. With the help of her niece Tessa, Cleo’s handcrafted Italian sandwiches have become a favorite of the bustling and competitive Portland food scene. But when Gabe, the handsome chef of a rival food truck called the Bacon Wagon, parks across the street, Cleo’s goal to win a local food truck competition takes a spicy turn. With Gabe’s help and her family’s encouragement, Cleo comes to learn that she’s not going to win if she doesn’t push herself. As she comes to realize that owning her own restaurant is what she wants most, she also begins to understand that her food isn’t the only thing that could use some TLC. The only way Cleo can have everything she wants is if she adds the most important ingredient to both her cooking and her life. And that’s love.”

The movie promises to be filled with foodie fun, bacon, and sweet romance, just like the book!

Natalie Hall has starred in “All My Children” and is also featured in Hallmark’s “A Winter Princess,” which you can watch on the Hallmark Channel on March 22.

You might recognize Michael Rady from the “Sisterhood of the Traveling Pants” movies, where he played Kostas.

Olivia Steele Falconer has had roles in two of my family’s fave shows, “Once Upon a Time” and “The 100.”

I’m delighted that these talented actors are part of this wonderful project, and I can’t wait to see them in their starring roles.

I’ll be sure to post more updates on the movie in coming weeks.

To celebrate the upcoming movie, I’ll be posting bacon-themed recipes from now until the beginning of April.

Give the recipes a try for a bacon-themed movie marathon  when the movie debuts on April 4th! My first recipe will go live this Wednesday and features You’re Bacon Me Crazy Cupcakes. Check back to the blog then so you don’t miss it!