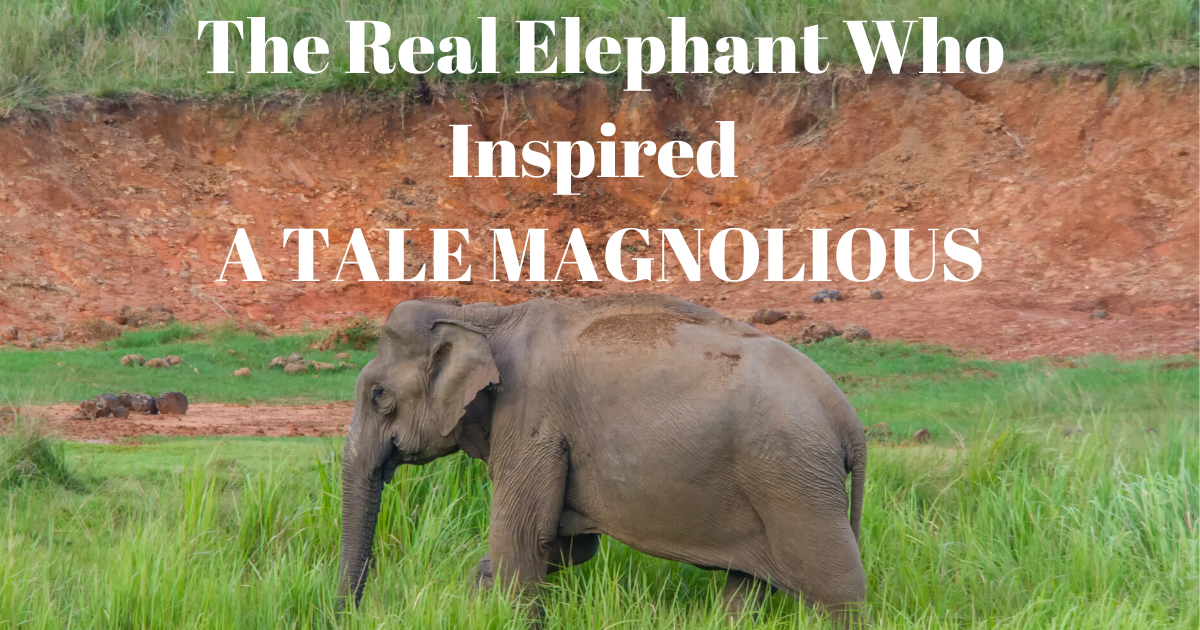 The ideas for my stories come from many different sources. I’m inspired by people I meet, places I visit, adventures I’ve had, and even by my own dreams. My most recent middle-grade novel, A Tale Magnolious, was inspired by a dream about a real elephant named Mary. This is her story.

Mary the elephant, or “Murderous Mary,” as she was cruelly nicknamed, was an elephant who lived in America in the early 1900s. She was part of the Sparks World Famous Shows traveling circus.

As the story goes, the Sparks Circus hired an elephant trainer who had little or no experience with elephants. The circumstances surrounding the trainer’s death remain mysterious. Accounts of the accident vary.

According to some, Eldridge the trainer hurt Mary with his bull hook. A bull hook is a metal rod historically used by trainers to physically prod elephants. It was sometimes, unfortunately, used to harm elephants as well.

When faced with the bull hook, Mary startled and killed her trainer.

The reaction by the public was immediate and inhumane. Many people called for Mary to be executed as punishment for killing her trainer.

On September 13, 1916, Mary was tragically hanged in Erwin, Tennessee.

A crane was used to hoist Mary from her feet. Her death was painful and horrifying. A crowd of over 2,500 people gathered to watch the tragic spectacle.

Several years ago, I was doing research for another novel and came across a photograph of Mary’s execution.

I had never heard her story before. The photograph haunted me.

I couldn’t shake the image from my mind.

The night after I saw Mary’s photograph, I had a dream. In the dream, an orphan girl had stolen something. She was being chased by police officers through a crowd. As she ran through a town square, dust blew all around her.

She was seeking safety.

She saw Mary the elephant in the center of the town square.

She ran to her and took refuge under Mary’s belly. No one in the square dared come near the orphan or the elephant. As the storm worsened, the girl and the elephant escaped from the square. They rescued each other.

How My Dream Became a Story

When I woke from the dream, it was still vivid in my mind. The following day, the dream stayed with me. By the afternoon, I realized why.

I began writing down my idea. As I wrote, Mary the elephant became Magnolious the elephant.

The orphan in my dream became Nitty Luce, the main character in my story.

In my story, Nitty and Magnolious find each other in the middle of a dust storm. Magnolious frees herself from her chains, escapes her hanging, and finds friendship, freedom, and safety with Nitty.

I wanted my story to have a hope that Mary’s own story didn’t have. I wanted the story to be about friendship and love, and fighting for what is right. A Tale Magnolious is that story. 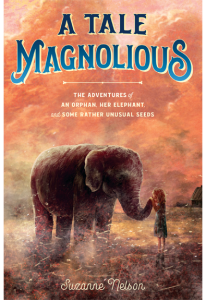 The Elephant Sanctuary in Tennessee

Are you interested in helping to rescue elephants in captivity? The Elephant Sanctuary in Tennessee is dedicated to saving elephants and keeping them from falling victim to tourism and circus life.

Their mission, as stated on their website, is to “provide captive elephants with individualized care, the companionship of a herd, and the opportunity to live out their lives in a safe haven dedicated to their well-being, and to raise public awareness of the complex needs of elephants in captivity, and the crisis facing elephants in the wild.” 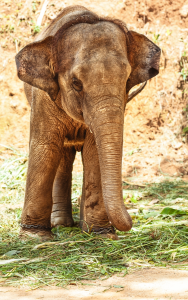 The sanctuary’s website is a wonderful resource for facts and information about elephants. There are also a variety of ways you can get involved.

You can apply to volunteer at the sanctuary. You can also donate to help fund the food and care for the sanctuary’s elephants. If we all work together, there will never be another tragic story like Mary’s.

Together, we can help create a magnolious world for elephants to ensure their safety and survival forever.